WORKSHOP ON NEGOTIATIONS – Negotiations have a female face!

Negotiations have a female face!

Vicky Athanassoglou, head of VAP LAW Offices, discussed about female negotiation skills, as the main lecturer of the particularly successful Workshop which gained great recognition among women. The Workshop was organized by Sector of Women Managers and Entrepreneurs (TOGME) of Hellenic Management Association (H.M.A.) on the 25th of October. The Workshop’s agenda was female negotiations having the title “Do you wish to better achieve your goals? Learn how to negotiate!”.
The main motivational and challenging factor for the organization and the accomplishment of this Workshop was a research carried out by the European Institute for Gender Equality (EIGE), in which Greece was last in the race.
The purpose of this Workshop specifically designed for women, was to empower her in business sector, whether she is a staff member or an employee. Several scientific studies show a great difference between female and male in the way they approach and deal with a negotiation. Unfortunately, many women believe that their hard work will be rewarded without even asking for it.
The Workshop was a great success, as the turnout was massive. The lecturer, Vicky Athanassoglou urged the audience to identify and believe in their goals, not to fear the negative answer of ‘’NO’’ in a negotiation, but to activate the appropriate alternatives via the particular characteristics of the female temperament and the authenticity of each character.
During the Workshop, several techniques, strategies and examples were presented and analyzed on how to achieve a successful negotiation.
The discussed topics were:

The lecturer, Vicky Athanassoglou, concluded this Workshop by asking from the audience to leave behind any residue of Cinderella Complex – Syndrome, to dare and procure negotiations, since every negotiation means benefit. 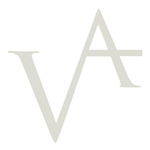 Golden Visa – How to get a residence permit in Greece!
January 5, 2017
Recent News
Go to Top